An overview of life on Saipan $currentyear

An overview of life on Saipan, Tinian and Rota. 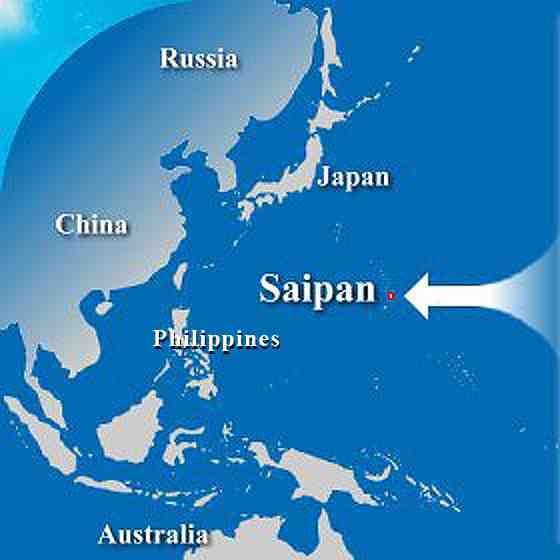 Saipan is an island in the Pacific Ocean. It is the capital of The US Commonwealth of the Northern Mariana Islands ("the CNMI"). The CNMI is a fourteen-island chain of islands (an archipelago) that stretches 400 miles (north to south) along the edge of the Marianas Trench. Saipan, just 5 miles wide by 12 miles long, and is the largest and most populated of these 14 islands.
• Geographically, Saipan is located at:
Latitude: 15° 7' 13" N
Longitude: 145° 43' 49" E
• By plane, Saipan is about 3 hours from Japan, 5 hours from Shanghai, China, 4 hours from Korea, 15 hours from California, 6.5 hours from Sydney, Australia, 8 hours from Tuluksak, AK
The Host Culture 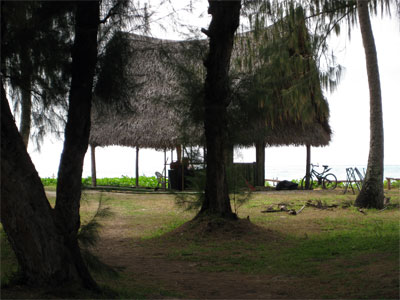 The indigenous population on Saipan--what we refer to as the "host culture"--are the Chamorro and Carolinian people. Archeologists are discovering that some of the oldest civilizations on the planet are in this region of the world.
According to the book, Ancient Chamorro Society by Lawrence J. Cunningham, ...the customs, beliefs, and attitudes [of Chamorro society] were as intricate and well-developed as any insular Pacific society. Of particular interest is what the author describes as Chamorros' core value: "Inafa'maolek, or interdependence within the kinship group, is the key or central value in Chamorro culture" (p.86). Cunningham state s that inafa'maolek within the family is based on mutualism rather than western individualism. To illustrate the Chamorro value system, inafa'maolek permeated all levels of society, operating on the basis of chenchule' (reciprocity), ayuda (help), emmok (revenge), mamahlao (deference), and gupot (celebration) in seeking general harmony within the family or village.
Saipan may be Pacific's oldest archaeological site
Sediment cores taken from Saipan's Lake Susupe in 2002 have yielded a continual record of plant pollen and other materials for the past 8,000 years that could make the island one of the oldest archaeological site in the Pacific, according to the Historic Preservation Office. HPO director Epiphanio E. Cabrera said that scientists who have been working with the CNMI recently announced new evidence that could push the date for the earliest human settlement in Micronesia back to nearly 5,000 years ago.
Cabrera said researchers J. Stephen Athens and Jerome Ward from the International Archaeological Research Institute Inc. noted a series of abrupt shifts in Saipan's ancient environment, some of which appeared to have been caused by humans. Charcoal particles and an abundance of grass pollen and pollens from betel nut palm and coconut trees that appeared around 6,860 BCE were analyzed. Cabrera said the discovery predates the earliest archaeological sites on Saipan by more than a thousand years. "This is some of the earliest evidence for human settlement ever found in Micronesia," he said.
Dr. Richard Knecht, acting staff archaeologist, said the recent findings suggest that sites 5,000 years or older existed on Saipan. "The challenge now is to use what we know about ancient shorelines, which will likely reveal more early sites and possibly the first movement of early humans into the Pacific from Asia," Knecht said.
Cabrera said that future studies and coring of lakes and sinkholes in the Commonwealth of the Northern Mariana Islands (CNMI) are required to refine the "very promising, though still preliminary" findings. Other studies of ancient sites also revealed early occupation of the CNMI.
The HPO director said a core from Lake Hagoi on Tinian revealed coconut pollen and charcoal particles dating back to 5,444 BCE There were also similar finds at Tipalao Marsh in Guam and a sinkhole in the Kagman Peninsula on Saipan's east side also shows major changes in vegetation by about 6,520 BCE. "It probably took years for humans to alter the environment to the point where it leaves a signature in the sediment cores. Therefore, the actual dates of initial human settlement could be decades or centuries before those taken from the cores," he said.
The earliest sites in the CNMI are Saipan's Unai Achugao site from 1,800 B.C. and Tinian's Unai Chulu site dating to 1,500 B.C. Cabrera said HPO's search to find the earliest site in the CNMI will continue as long as funding is available. "It seems safe to assume that our ancestors were here on these islands 5,000 years ago," Cabrera said.
Visit here for more on Chamorro culture
Source: Saipan Tribune (10 November 2005)
Who are the TOUWALAWOS on Saipan?
"Touwalawos" is just a fun word we coined here at Saipanliving.com to name a special group of people who have a distinctly different perspective and opinion of Saipan that one can only get by actually living here. It stands for "Those Of Us Who Actually Live And Work On Saipan"
Weather on Saipan 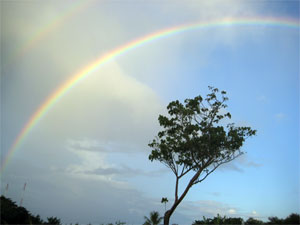 Saipan has great weather! Saipan holds the Guiness World Record for "most consistent temperature." The average difference between night and day is greater than the average difference between winter and summer. TOUWALAWOS experience cool nights of 83°F to daytime highs of 93°F, and just a bit cooler in winter months.
The Saipan Economy
Like much of the world, the Saipan economy is feeling the effects of number of factors. At the present moment, there are 5 factors that specifically impact what's happening here on Saipan:
1. Federalization of Saipan's labor and immigration.
2. The recent departure of the garment industry
3. Drop in tourism from Japan and neighboring regions
4. The proposed build-up in military troops stationed on Guam
5. General economic downturn.
Other resources
• These factors and more are discussed at length in SaipanLiving's manual Doing Business on Saipan
• Some great sources of historical economic data are available from Bill Stewart, economic advisor and author at www.SaipanStewart.com
• An overview of the garment industry era on Saipan is available HERE
• Tribune Article #141- January 14, 2009: The Last Garment Factory is Closing!
Currency
Saipan is on the US dollar.
Land Ownership
At the present moment, land ownership is limited to people of NMI descent only. Everyone else may rent or lease property for up to 55 years.
Tax Advantages of living on Saipan
Yes, the rumors are true! The tax rate here on Saipan is much less than on the mainland. Order the Saipan Living Relocation Guide to learn more!
Home Welcome & Overview The Society Visa Requirements Employment Cost of Living Business The Relocation Guide FAQ
a store called W Who is Walt? Youtube Channel Contact

LOCAL AUTHOR RECEIVES CNMI GOVERNOR'S HUMANITIES AWARD(S)
A few weeks ago, a former workshop attendee and coaching client revealed that she nominated me to be considered for this year’s Governor’s Humanities Award here on Saipan. I thanked her, but I didn’t really believe I qualified because...(read why at www.jamaicaninchina.com/humanities-award)

Check out the FREE Preview of the Saipan Tour App! Can't make it to Saipan during the pandemic? No worries! Check out this FREE preview of the Discover Saipan Tour App and experience the island's SECOND best tour experience! This special online version of the self-guided, GPS-assisted app, is available for a limited times! https://www.cnmitourism.com/saipantourapp/preview Please allow a few moments for all the graphics to load! The mobile app (only $1) is available on the Google Play Store (See "About the App" for the link)
Donate, support Walt's Projects